A team of Food and Fuel for the 21st Century researchers working on a DOE grant focused on helping reduce the cost of algae biomass used to produce renewable fuels, has refocused efforts to aid in the effort to combat the Covid-19 epidemic. The team of Postdoc Anthony Berndt (FF21), Researcher Frank Fields (FF21), Postdoc Ashley Sproles (FF21), Asst Project Scientist Ryan Simkovsky (FF21) Grad Students Bijie Ren and Yasin Torres (Biology) and Professor Stephen Mayfield (FF21) are applying their system developed for the production of high value recombinant proteins, to produce a portion of the SARS-CoV-2 spike protein for use in antibody testing assays. Collaborating with UCSD scientists from the UCSD Medical Center, the Skaggs Schools of Pharmacy, and the Tata Institute, the team will use this recombinant protein to develop ELISA assays for population-scale screening to identify individuals with antibodies to the SARS-CoV-2 virus. Identifying immune individuals will be an enormous help to restarting the economy and protecting health care workers. To read more about this important research click here. 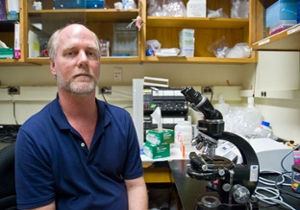 In Memory of Mark Hildebrand

We are sorry to report the passing of marine biologist Mark Hildebrand, the leader of one of the United States' top centers for algal biofuel research. 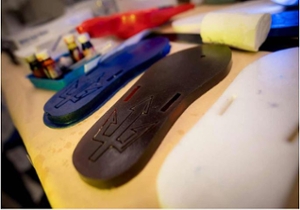 The world’s first flip-flop that is sustainable, biodegradable and invented by students at UC San Diego!

New online course: Introduction to Algae, available now through Coursera. Taught by Dr. Steve Mayfield (UCSD) and Dr. Ira "Ike" Levine (University of Southern Maine"), this course is an excellent opportunity to explore the fascinating field of algae from some of industry's and academia's foremost experts. 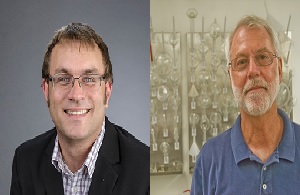 The American Association for the Advancement of Science (AAAS), the largest general science organization in the United States and publisher of the journal Science, has awarded the distinction of fellow to six UC San Diego professors.   Read more »

UC San Diego students and researchers have produced the world’s first algae-based, renewable flip flops. The first prototypes of their new invention, developed over the summer in a York Hall chemistry laboratory, consist of a flexible, spongy slipper adorned with a Triton logo and a simple strap—fairly basic, as flip flops go.   Read more »

More than 300 researchers from around the world will travel to UC San Diego next month for an international meeting designed to showcase new biological and chemical approaches to utilizing solar energy for direct fuel production. Officially billed as the second biannual International Solar Fuels conference, the scientific meeting is being held on U.S. soil for the first time.   Read more »

Rachel Dutton and Elizabeth Villa, researchers in UC Diego’s Division of Biological Sciences, have been selected as Pew scholars in biomedical sciences. Selected as part of a group of 22 exceptional early-career researchers, Dutton and Villa each will receive four years of flexible funding to pursue foundational research.   Read more »

Nearly 790 million people around the world do not get enough to eat. Most of them live in developing countries.Many parts of the developing world do not have transportation systems in place that can bring food to people. It can be difficult to get food to those who need it without good roads and other necessary infrastructure..   Read more »

Dr. Stephen Mayfield: When Will Algae-based Transportation Fuels Be

20 Reasons To Love San Diego: #19 Because We Are Using Algae To Fight Cancer February 2014

Environment-harming Fossil Fuel Use Can Be Reduced by Algal Biofuel November 22, 2013

Breakthrough in Biofuel from Marine Algae Could Lead to New Energy Source  November 21, 2013

Are Algae Biofuels a Realistic Alternative to Petroleum? March 20, 2013

UCSD is among 29 universities joining with Coursera - February 21, 2013

Researchers Hope to Scrub Out Pollution With Algae - August 8th, 2012

Plant Biologists From Across Country to Converge in San Diego to Discuss Future of Food, Fuel - May 8th, 2012

New UC San Diego Research Unit Focuses on Food and Fuel for the 21st Century - May 7, 2012